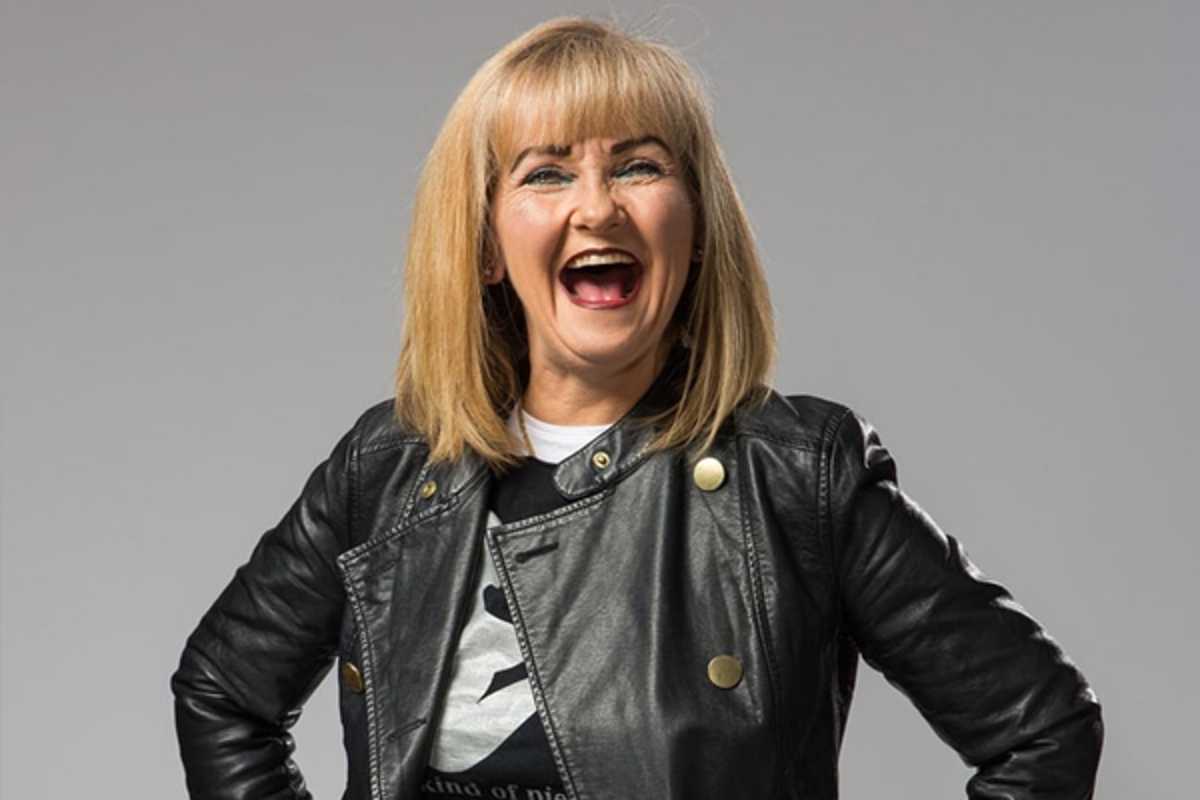 Christine Hurley loves what she does…making people laugh! Married to Jimmy Hurley and having five kids, Christine is never at a loss for comedic material.

Like any great comedian, Christine has an innate ability to see humor in “everyday” situations. For years, she entertained family, friends and neighbors in their kitchens, at barbeques and the grocery store aisles. The only difference now is she uses a microphone and a stage.

Christine’s maiden voyage into the world of stand up comedy was an open audition in New York City. The television network Nick at Nite was looking for “AMERICA’S FUNNIEST MOM.” She figured if it didn’t go well, no one in New York would have known who she was anyway…

Turns out it went well! Out of thousands of entries, Christine was selected to be a finalist on the nationally televised show. The producers of the show included Carol Leifer (Seinfeld show producer), Jeff Singer (talent scout, Montreal Comedy Festival), Jeffrey Ross (Comedy Central roast master) and actress Sandra Bernhardt.

Her stories and views on motherhood and marriage are exactly what everyone is living through…people get it and love it!


Dan Boulger began his comedy career in late 2004 only one week into his freshman year of college. Quickly becoming a favorite in the New England area Boulger started performing nationally after winning the Boston Comedy Festival in 2006 at the age of 20. He has since received recognition form both audiences and industry alike having performed on Comedy Central, The BBC, and the HBO Aspen Comedy Festival. Due to his age he is an ideal college performer and has appeared on several high profile college tours such as the Comedy Central Live and College Humor Live tours and has been able to be the supporting act for many famous comedians including Dennis Miller and Zach Galifianakis.

Over the past 18 years, Sean Sullivan has cemented himself as a stand-out performer in the prestigious Boston comedy scene. With his lightning fast wit and hilarious takes on fatherhood, office culture, weight loss, and so much more, it’s no wonder Sean has been hand selected to perform at the top venues in New England including the Wang Theatre, Laugh Boston, and the Boston Calling music festival as well as performing on Comedy Central.